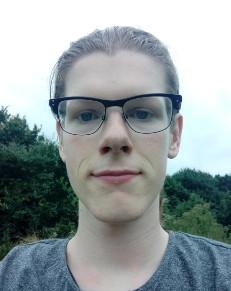 In microscopy, optical probes serve as useful reporters of biological structure, and allows the extraction of features on the nanoscopic scale. The use of probes with a high two-photon absorption (2PA) is desirable, as it allows for 1) a better resolution and 2) the longer wavelength, combined with a small excitation volume leads to much less tissue damage when applied on biological systems. The rational development, optimization and characterization of probes for use in membrane and biological environments in general is therefore desirable, and is the goal of this project. Powerful tools from computational chemistry will be used in the search of probes that display a high 2PA cross section, low excitation energies, good membrane partitioning properties, a large Stokes shift, as well as good photostability. The final goal of this project is to suggest new derivatives of known membrane probes that i) show superior performance with respect to their optical properties, and ii) still display similar membrane partitioning behavior.

Theoretical developments for PE and PDE

In the conventional formulation, quantum chemical methods are able to accurately and reliably estimate a wealth of molecular properties, but they suffer from steep scaling in the computational cost with respect to the size of the system. This is especially problematic when aiming at studying large solvent-solute systems, or more generally the embedding of quantum subsystems in heterogeneous environments, like a chromophore embedded in a protein. This has led to the development of a range of models, with varying level of sophistication, cost and accuracy, aimed at capturing the environmental effects in an approximate manner, in order to significantly reduce the cost of running quantum chemical calculations in complex environments. One such example is the Polarizable Embedding (PE) model and the Polarizable Density Embedding  (PDE) model, both of which are advanced multiscale methods that allows for accurate calculations of spectroscopic properties for a wide range of systems, including large, biologically relevant molecular systems.

These further developments include i) development of a general method to calculate (higher-order) distributed polarizabilities of molecules, ii) extension of PE and PDE beyond linear polarization, iii)  inclusion of non-electrostatic effects, including dispersion, charge-transfer and non-electrostatic repulsion