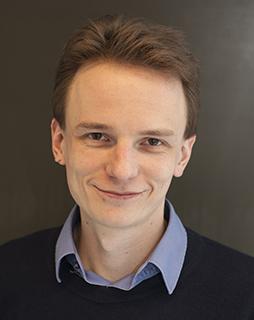 Solov'yov obtained his Ph.D. with Summa cum Laude from the Goethe University (Frankfurt am Main, Germany) in 2008 for the description of biological systems involved in avian magnetoreception. In 2009 Solov'yov received a Candidate of Science degree in theoretical physics (equivalent to Ph.D.) from the Ioffe Physical-Technical Institute (St. Petersburg, Russia) for the development of novel computational methods for simulations of complex nanostructured materials. After two post-doctoral appointments (Goethe University, Germany and University of Illinois at Urbana-Champaign, USA) Solov'yov joined in 2013 the Faculty of Sciences at the University of Southern Denmark as an Assistant Professor, where he was promoted to a permanent position (at the Associate Professor level) in 2014. In 2019 Solov'yov was offered a Professor position in theoretical molecular physics at the Carl von Ossietzky University, Oldenburg, Germany. He relocated the group to Oldenburg in October 2019.

Solov'yov's current research interests cover a broad range of questions on theory of biomolecules and smart inorganic materials. Of particular interest are those biological processes that trigger energy conversion into forms that are usable for chemical transformations and are quantum mechanical in nature. He has a strong background in computational physics and biology. Since October 2013 he heads the quantum biology and computational physics research group at the University of Southern Denmark (SDU), Odense, Denmark. The group employs and extends methods of classical and quantum molecular dynamics, Monte-Carlo and multiscale techniques to model biophysical processes that involve chemical reactions, light absorption, formation of excited electronic states, transfer of excitation energy, and transfer of electrons and protons. Solov'yov and his group have an extended expertise with high performance computing and simulations of large molecular systems exceeding 1 Mio atoms.