During this weekend SDU hosted the international physics competition PLANCKS. Anders is in the organizing committee and Ilia helped by providing one of the problems for the competition as well as giving a 30 minute talk about the avian magnetic compass.

PLANCKS is an international competition in theoretical physics for students, where a team of 4 students has 4 hours to solve as many of 10 problems as they can. This year it was hosted at SDU from the 17th to the 20th of May with a total of 147 participants. The event went as it should, in total 5 talks were held with the biggest being the talk held by Nobel Prize winner Wolfgang Ketterle who held his talk Saturday the 18th of May as well as the competition which was held around midday on Saturday as well.

The group photo below as well as all other photos taken at the event was captured by Mattias from the group, who helped as one of the many volunteers. More information about the competition can be found at the official website for the event. 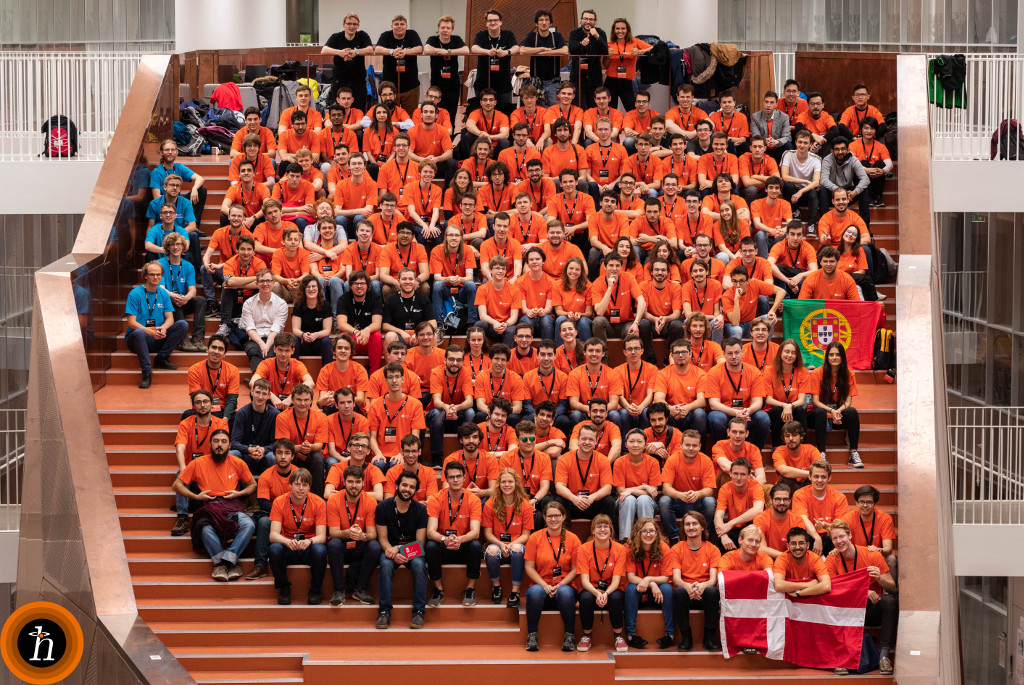