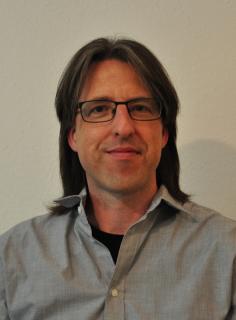 Detlef Holstein studied basic physics at the University of Bremen and theoretical physics during his main study period at the University of Hamburg. He obtained a doctoral degree from the University of Wuppertal for a work on introducing a criterion for optimal generalized Markov approximations based on information theory that was performed at the Max Planck Institute for the Physics of Complex Systems in Dresden. The PhD work also involved the topics of nonlinear dynamics, stochastic processes, fluid dynamics, time series analysis, and prediction methods. A first postdoctoral position was held at the University of Aveiro in Portugal in a group that applied statistical physics to complex network theory. The work focussed on consequences of noise and underlying network topology on dynamics in neuronal networks. At CNRS-UNIC in Gif sur Yvette in France Detlef Holstein contributed to the software package 'Elephant' (ELEctroPHysiology ANalysis Toolkit), which is a collection of all kinds of data analysis routines for neuronal electrophysiological experiments, and at the Max Planck Institute for Biological Cybernetics in Tübingen he worked on the prediction of the hemodynamic response function, i.e., the fMRI Bold signal, from neuronal activity with machine learning methods, where Echo state networks, multilayer perceptrons and convolutional networks from the domain of deep learning were applied. Recently, at the University of Bielefeld Detlef Holstein contributed to the development of the API of the text processing software package 'nopaque', which in a linguistic context is a tool for chaining preparation of files, optical character recognition, natural language processing, and corpus analysis. From the initial education Detlef Holstein is a theoretical physicist and in the course of time he gained experiences in the domain of research software engineering. At the University of Oldenburg in the group of Quantum Biology and Computational Physics Detlef Holstein works on the support of the software Viking and contributes to the working group with his experiences in theoretical physics, in particular from the domain of statistical physics and dynamics.