The bc1 complex, depicted in Fig. 1, is an important enzyme involved in the conversion of energy into a proton gradient across the cellular membrane in photosynthetic bacteria, and cellular respiratory systems in higher organisms. The resulting gradient is subsequently used in the synthesis of ATP and the production rate of the latter depends on the effectiveness of the bc1 complex. The reaction mechanism, namely the Q-cycle, consists of a series of charge transfer reactions between cofactors, such as quinones and quinols, and different bc1 complex subunits. 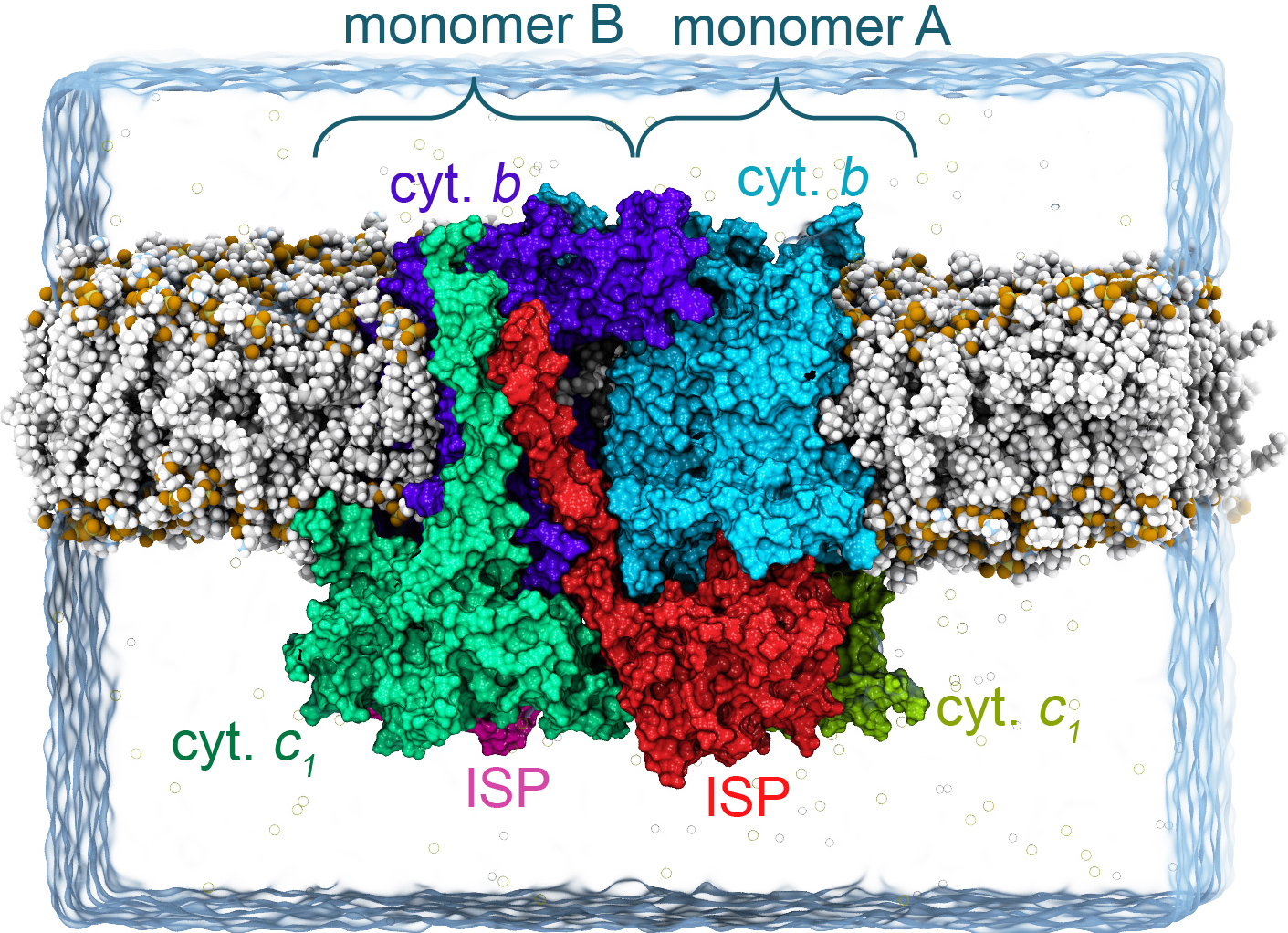 Figure 1. Simulation box of the bc1 complex from Rhodobacter Capsulatus. The bc1 complex consists of a dimeric arrangement of protein subunits that contain heme groups involved in the electron transfer between cofactors.

In the primary step of the Q-cycle, a quinol molecule binds at the Qo binding site of the bc1 complex. There, two electrons are transferred from quinol to heme groups in the cyt. b and cyt. c1 protein subunits. Each electron transfer is coupled to a proton transfer, and each pair of proton-coupled electron transfers (PCET) leads to the transformation of one quinol into a quinone. As a result, one proton is pumped to the positive side of the membrane, creating the proton gradient.

Despite important discoveries made throughout the last decades, the reaction mechanism of the bc1 complex has not been fully established, and molecular detail of both binding and charge transfer reactions are lacking an accurate description. Furthermore, controversies around the protonation states of the protein amino acids involved in the docking and following reactions, have been raised. By using powerful tools such as molecular dynamics simulations and ab-initio quantum chemical calculations, we investigate the quinol binding and subsequent charge transfer reactions at the atomistic level.

By comparing two different binding schemes of the quinol to the Qo-site, a recent study [Barragan et al. J. Phys. Chem. B 119:433. 2015] revealed novel configurations of the key side groups at the binding site, such as H156, Y147 and E295, that stabilize the reaction complex (see Fig. 2). These key amino acids also provide an optimal configuration prior to the charge transfer reactions between quinol and iron-sulfur cluster of the iron-sulfur protein (ISP). Re-arrangements in the E295 and Y147 side chains were observed in all our simulations, showing intermediate bridging hydrogen bonding between quinol and E295, not observed before.

In a follow-up study, extensive quantum density functional theory calculations were employed to study the coupled electron and proton transfer initiating the Q-cycle in great detail [Barragan et al. J. Phys. Chem. B 120:11369. 2016]. A transition state was identified, and the calculations clearly show that an electron and a proton are transferred in tandem between the substrate quinol molecule and the ISP as illustrated in Fig. 3.